Why yes, I am still alive! I feel like I should explain myself or something, so here goes.. I've been working on a huge-ass project for uni since November and I've finally completely finished it. Yesterday I went to an exam about that project and I must brag a bit and say that I nailed it.

But here I am, back in the game and ready to blog my ass off. No excuses this time for why I have been gone, just haven't been creative whatso-freaking-ever. Yep.

So this post is gonna be about lovely highlights from 2013. Yes, it's been 2014 for 10 days, but hey, it's still acceptable to do these. At least I think so. Of course 2013 hasn't been all amazing and awesome all the way through. I've lost a few friends, struggled with economy a whole lot, especially the last 6 months of the year and stuff like that. But everything turned out great and looking back at the entire year I realise it has been a big mouthful, but a lovely moutful all in all. 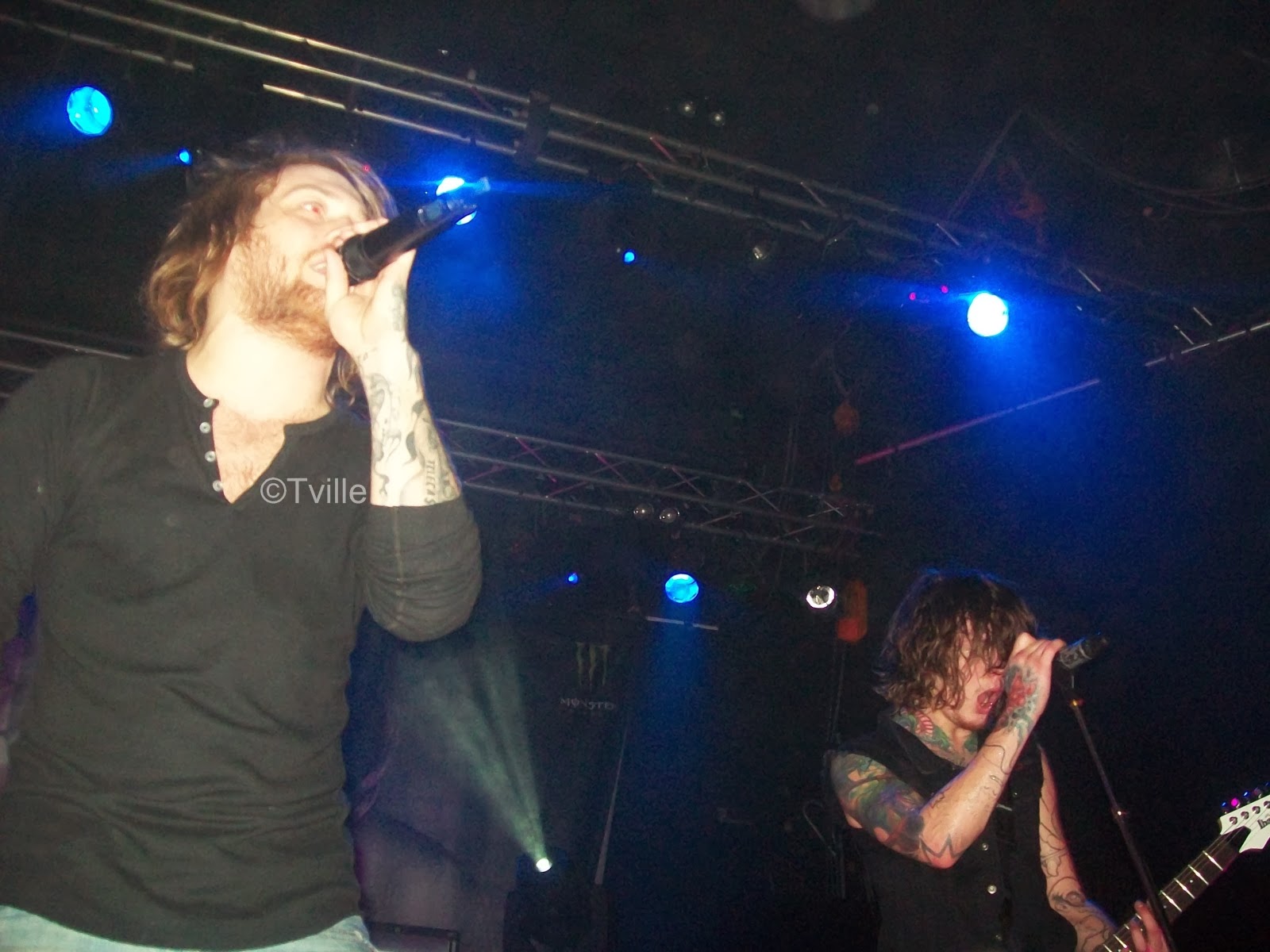 In March 2013 I started working in a kindergarten as an intern and I was there for two months, which was actually a month longer than planned. It was a job that definitely changed me as a person. To work with kids you have to be really patient. People who know me knows very well that I am really not a patient person, so that was something I had to learn very quickly. Also I had to quit all my swearing for at least when I was around the kids, even though they knew all the swearwords in the world anyway, even in English. And I do swear a lot normally. So that was tough as well. I fell ill 4 times in those 2 months I was there, which was odd to me since I am usually never ill. I loved working there and the kids were all so lovely. I miss it quite a lot and I am grateful that I learned some valuable life lessons by working there. Thanks to them for having me!

Then in May 2013, from Thursday the 16th to Sunday the 19th I took a quick trip to England. Why? Well, to see my newly discovered favourite band Pierce The Veil live in London and Bristol. It was a weekend where I got too little sleep, lost my voice singing the lyrics that I love, made new friends, saw my favourite band live twice, went back to my favourite city in the world, saw one of my old mates again, met my favourite band members and just had a great time in general. I slept in an airport for the first time as well and that was horrible. It was cold and I got about an hour of sleep all in all. Thank God for Costa! But it was so fucking worth it and I would do it again a thousand times if it meant I got the chance to see Pierce The Veil again. 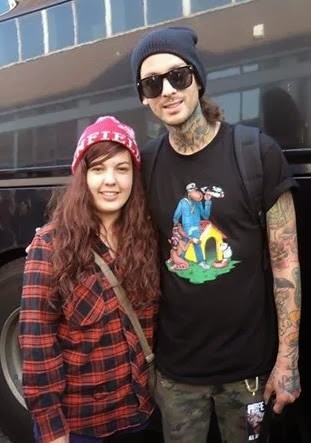 Another great concert of 2013 was 30 Seconds To Mars who I saw on the 21st of June. I have been a fan of the band for a really long time, I don't actually remember how long. Last time they played in Denmark was on my mum's birthday so I didn't get to see them, sadly enough. But this time I went, it was outdoors and it was cheap, which was great. The concert was just so amazing, even though the crowd was huge I think that Jared managed to connect with all of the people there in such a good way. He pulled up people on stage, waved around a Danish flag, made jokes and made us yell stuff. It felt great connecting like that, honestly.

So of course I had to go to Bristol again as soon as I had the chance. And I did get the chance to go back in July. I went there for two weeks and it was absolutely amazing. Being back there just felt great, it felt right. It almost felt like I'd never been gone. Now I've experienced the city both during autumn, winter, spring and summer, and I can still say that it is definitely the place I want to live, at least for a few years. It feels like there is some sort of unity in the city and I love being there so much. I miss it quite a lot and knowing I won't go back for a while makes me sad. Bristol is my favourite city of all the ones that I've been to. 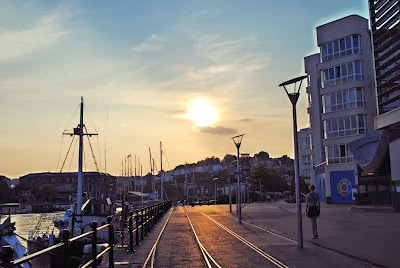 In August I experienced what a real, professional photoshoot feels like, even though it was only for a few minutes. I decided to stand up for a good cause with two of my lovely friends, Marie and Mia Malene, and we went to get our pictures taken for the NOH8 campaign. It was a fun experience and I'm glad I shared it with those two people because I know that it's equally important to them to support a good cause. It was a birthday present from Marie, since I didn't have the money to do it myself, and I'm really thankful for that. A present that does not only benefit me by giving me a fun experience, but also benefits someone else. What more could I ask for? 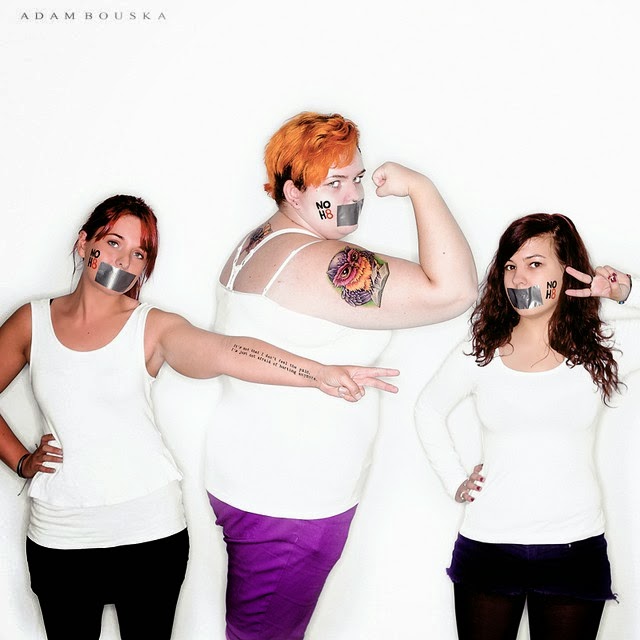 Then came the biggest change that has happened in my life for many years: I got accepted into university. But not just any university: Aalborg University. Which is in a city that is about 4-500km from Copenhagen where all my friends and family are and where I grew up and spend all my life living. That was quite scary knowing that I had to move so far away from everything I knew. But I had on purpose applied for all four major universities in the country to increase the chances of me getting accepted, so I had kind of seen it coming. When the time came I had to live in some sort of a hostel for two weeks because I didn't have any flat by the time I had to move. But my college friend saved me and hooked me up with his brother who is now my roommate in a flat right in the centre of the city, where I really enjoy living. And luckily he didn't turn out to be a horrible murderer or rapist, so that's cool. I can only say that I do not regret moving so far away at all. It has been wonderful so far, I've made some really great friends and I've already had a lot of really amazing experiences. I can't wait to see what the future holds for me while I'm in this city attending this univeristy; I'm sure it's gonna be some lovely stuff! 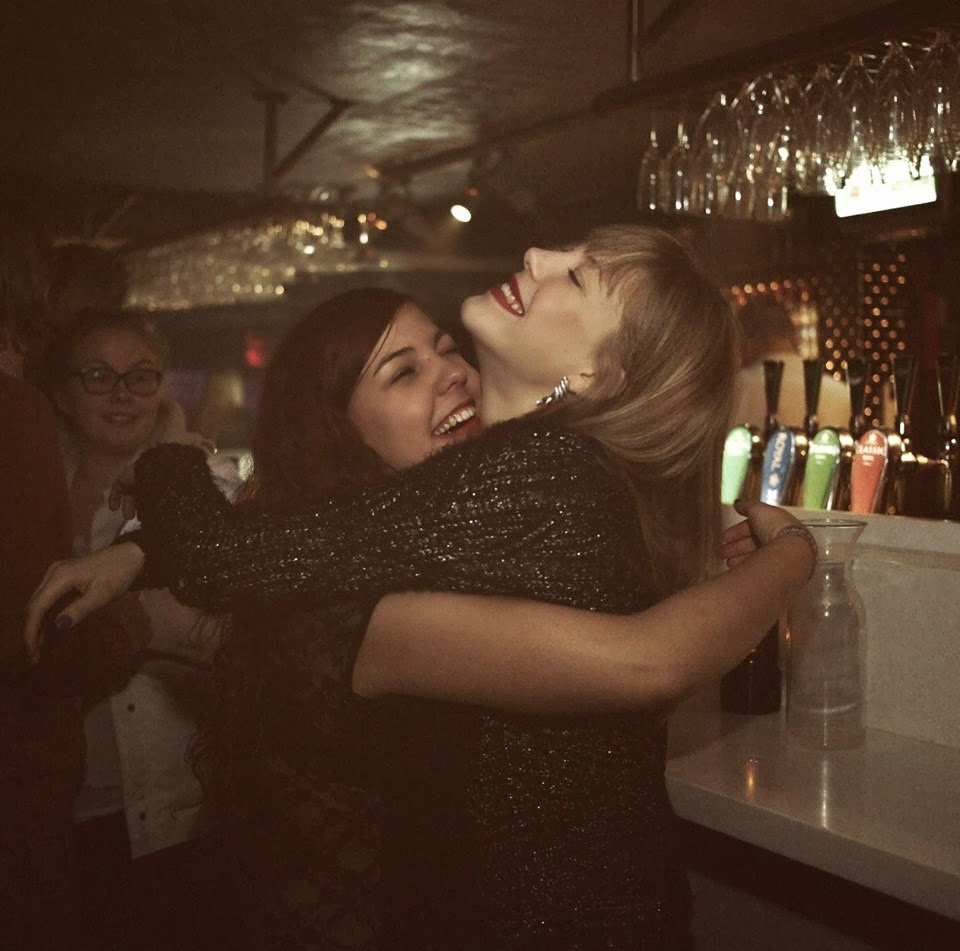 Last but not at all least, I got to see Pierce The Veil live again in Malmö, Sweden. I was super excited about it because it was as close to Denmark as it could be without them actually giving a show here (which they btw should do when they finish their new album) and because, well, favourite band, duh. I'd already experienced them before so I knew they are the best band I've ever seen live, and it pleased me a lot that this time was also going to be in a small venue, one of their more intimate shows. And it definitely was. I had moments with all of the members of the band, didn't get a single autograph or picture, but got to speak to some of them anyway, which was great. I seriously can't wait for them to finish their new album (that'll hopefully happen around summer this year!) and come back to tour in Europe, hopefully as headliner.

I am really looking forward to 2014 and I can't wait to see what it'll bring. More concerts are already planned, more trips to different places in the world, more life experiences. All the great stuff is out there, in the future, just waiting for people to seize the moment and grab the opportunity to experience it. What are we waiting for?!
Here's to 2014! xoxo